I have been on such a bad streak lately I shouldn’t be surprised that my 50 mile bike ride yesterday ended with my first ever wipe out on my bike. I don’t think there are any permanent damages just some road rash, bruises and sore limbs. Mainly I think that it just means more time off training, it’s like the universe is trying to tell me something.

I am sick of being a debbie downer so instead of feeling sorry for myself. I will tell you about my fun night out with Cory. On Saturday night we decided to try out a local restaurant called Solera the website describes the restaurant as;

We started out with sangria, Cory had the red and I had the white. They were both really good. We then ordered truffle fries as an appetizer, they were the best things ever! 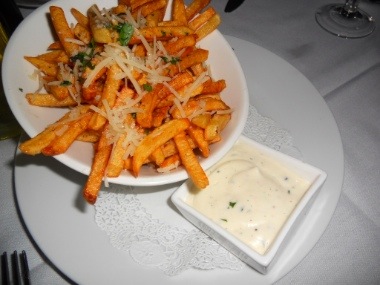 They were so good that I don’t even mind you seeing my greasy forehead. 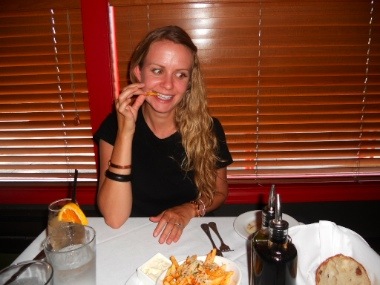 For dinner I ordered sea scallops with white cheddar, truffle mac n cheese. This dish was made for me, including many of my favorite things. It was SO good! 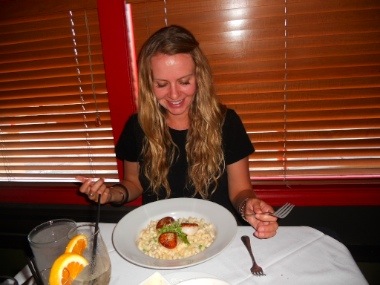 Cory ordered sea bass with risotto, he liked it but it had nothing on my meal! 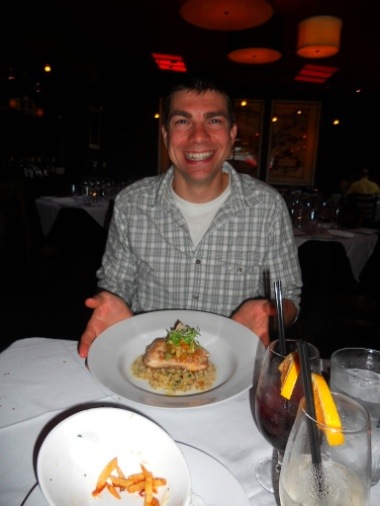 It was not the healthiest meal I have ever had but it was worth it!

After dinner we watched Crazy Stupid Love, and it was SO good. Seriously deeper than I thought it would be. Two thumbs up, I recommend it to everyone.