Yesterday Cory and I decided that for our 22 mile run we wanted to go somewhere new and interesting. Cory suggested that we checkout the Greenland Open Space where the Greenland Trail 50k is run. We found an 11 mile loop that was perfect to run twice with a stop in the middle at our car to refill our packs and grab more nutrition if we needed it. We checked the weather and saw there was a storm coming in late in the afternoon, so we hurried out the door to beat the weather. When we got to the trail we saw some ominous clouds in distance but decided to try to at least get one lap in since I was NOT prepared to run 22 on the treadmill. 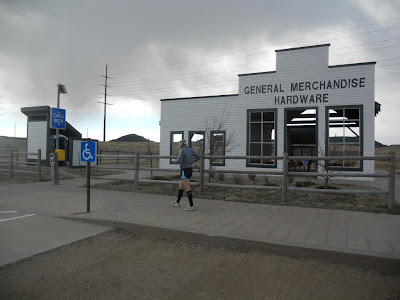 Here I am power walking to the port-o-potty, check out the gray clouds! After starting out the sun came back out and it was pleasant except for the headwind we were battling. I kept thinking that at least on the way back we would be mostly going down hill with a tail wind. 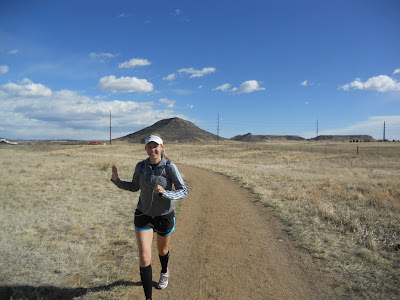 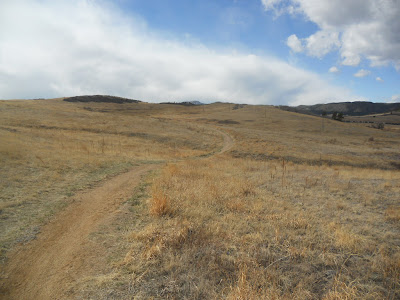 Starting out I honestly didn’t know if I would make it 22 miles, I was tired my legs felt really tired and heavy, it was hard to breath, and I was getting some quad pain, same as I had last week. The thought of not finishing this run was worse than my pain so I huffed, puffed, bitched and whined for about the first five miles. After about five miles it wasn’t easy but I felt like I was at least in a groove. I guess riding 50 miles before running 22 miles for the first time might have made things difficult, brilliant! 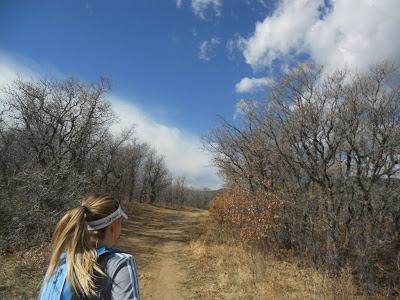 The loop was described as only having a 500 foot elevation gain, too bad you run up and down that 500 feet 20 times! 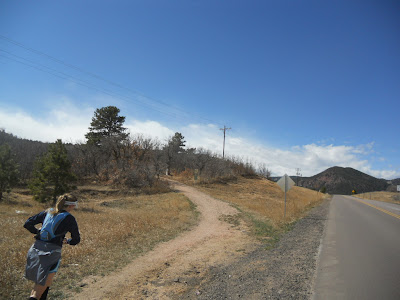 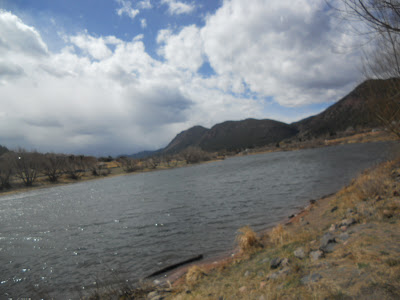 As we were running back we decided to take a longer loop , this was a very hilly extension, and as soon as we started climbing we got hit by a very cold head wind. WHAT?!?! We had a headwind running out, how can we have one running back as well? I guess the storm came in early and changed the wind direction, lucky us….. 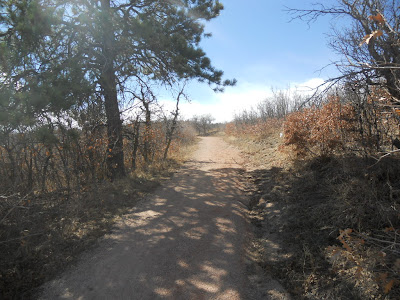 As we got close to the car the rain and snow started hitting us. We had started our run at 62 degrees and it was now 34, we called uncle and decided to finish our run at the gym. This was a good choice give that this was our view a few miles into the drive. 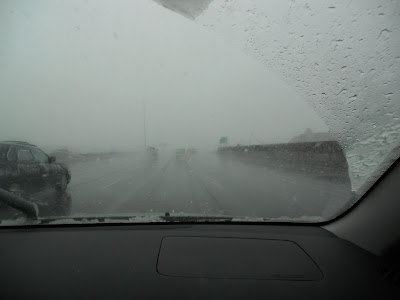 We were so cold that we stopped at Starbucks to get some hot coffee, I probably would have been ok, except I ordered a latte . Huge mistake!!! As soon as I got on the treadmill my stomach started to revolt. The gym was hot and I felt like my stomach was rolling around like a washing machine. I couldn’t stomach anything more than cold water (thanks honey for stopping to buy me cold water, you’re the best!) So the last ten miles were ran with no fuel, just water. Not the best way to finish a 22 mile run but I was happy to be done, and I count it as mental toughness training. The day ended with ice baths and dinner.

It was a difficult day but it was our longest training run before our race and we found a trail we really like. Happy Monday everyone, I am going to enjoy my rest day!