This past year has been ridiculously good to me, I really couldn’t have asked for more. It started out with a plan to run our first half marathon that led to lots of boding time for Cory and I during our training runs. We were ridiculously proud of ourselves after each of our long training runs. After each we would proclaim “that’s the longest we have ever run”. 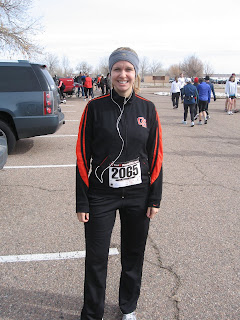 This was our first winter in Colorado and we wanted to have a way to enjoy the mountains. Since we don’t ski or snowboard we decided to take up snowshoeing and LOVE it! 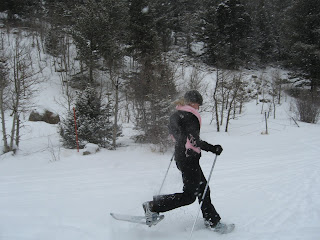 After twisting my ankle on a snowy trail run, I was forced to take a short break from running. At the time I was very upset but like most things, it was a blessing in disguise. We started swimming and biking while I couldn’t run which naturally led to us deciding to take on triathlons. 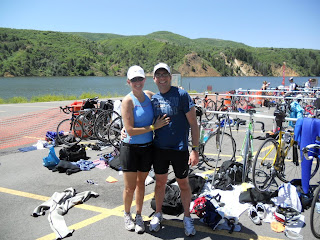 One unforeseen highlight of 2010 was deciding to buy a road bike, I still can’t believe how much easier it is ride than a hybrid or mountain bike. 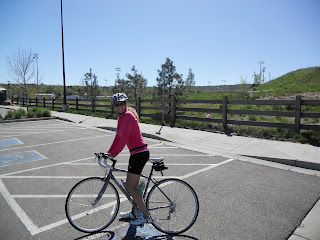 After getting my road bike we decided to ride our first major bike race, a metric century at Elephant rock. It was so much fun!

During this time I got a major promotion at work. Honestly it wasn’t exactly a promotion, a position about four levels above me became available and I applied on the suggestion of the vice president of the company. I honestly wouldn’t have applied if she hadn’t told me that I should. Each time I got an interview, there were a total of three, I was shocked. When they offered me the job I couldn’t believe it. Still six moths later I can’t believe they had/have so much faith in me and trust me to lead so an amazing group of people. 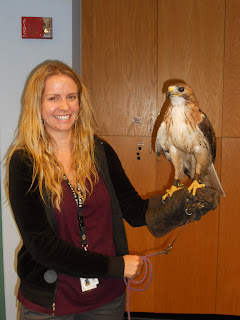 Over the summer we competed in a few triathlons and started training for a September marathon. Unfortunately I hurt my knee and had to take a very difficult 2 months off of from running. Truth be told a teetered on the edge of depression, it is hard to believe how important this sport has become to me in such a short time.

In mid September I was able to start running again slowly, it was hard to struggle running 4 miles when before I was hurt I was running 15. 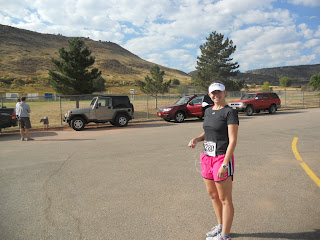 I am happy to say that I have been able to run consistently this fall without too much pain and will be running a half marathon on new years day. I can’t think of a better way to start 2011. I am excited to work towards the goals I have set and the new adventures we will take on along the way.

I know some people don’t like resolutions but I very openly LOVE them. There are a few race/health related things I would like to work on in 2011:

1. Prepare more healthy meals (Cory is our main cook, I would like to start cooking about twice a week)

2. Work on my core, I know my core is weaker than it should be so I plan on doing plank every night in January and will move on from there

3. I would like to PR in a 5k, 5M, 10k, half marathon and marathon. This should be easy given that last year was my first year racing and I only ran one (maybe 2) of each race and I have never ran a marathon, guaranteed PR =)

4. Work on sticking to my training plan. I know there are times I won’t be able to stick to it because of outside influences, but when I just don’t feel like it, suck it up!

5. Take off a few pounds (10-15) I am not technically “over weight” but I know that being lighter will be easier on my joints.

Christmas Cactus Day 4: Our day in Sedona was a li

Happy Winter Solstice!! ❄️ What are you up to

Christmas in Santa Fe 🤩 we lived in New Mexico

Christmas with these coconuts is the best 🌵#chr

Loving our Christmas #booknook 🎅 what are your

Time to deck the halls!!! #happychristmas

Heading into Thanksgiving break so grateful and re

Happy Halloween!!! Be safe and have fun 👻

A visit to a ghost town during spooky season seeme

No images found!
Try some other hashtag or username
← What a difference a year makes ← I MUST be on vacation….